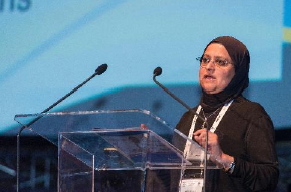 A report on antimicrobial resistance commissioned by the UK government in 2014 paints a bleak future for children, the elderly and people with pre-existing diseases. It predicts the death of 10 million people from infectious diseases by 2050 if a solution is not found to stem the alarming rise of antibiotic resistance. A number of solutions were proposed by speakers presenting at the 2nd National Pharmacy Conference.

If the world does not tackle the development of antimicrobial resistance (AMR) to antibiotics, an estimated 10 million people will die as a result of drug resistant infections by 2050.

This is according to the Review on Antimicrobial Resistance, a study commissioned by the UK government in 2014, which focused on understanding and proposing solutions to AMR in a global social and economic context. 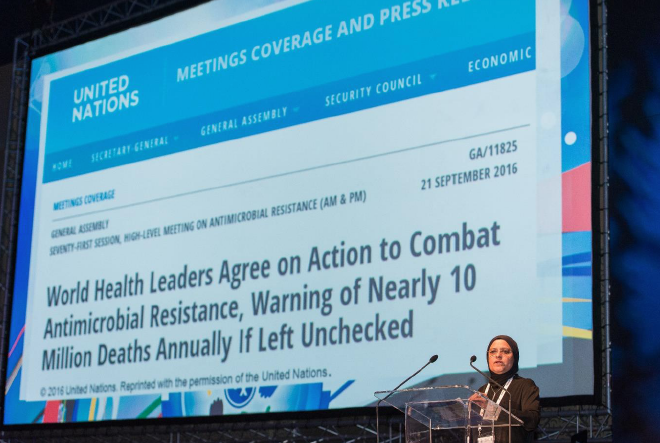 Professor Sabiha Essack, SA Research Chair in Antibiotic Resistance and One Health at the University of KwaZulu-Natal, said children, the elderly and people with pre-existing diseases such as HIV and Aids would be most vulnerable to antimicrobial resistant infections. According to the report, inaction could lead to 4.1 million deaths in Africa and an estimated 4.7 million deaths in Asia, costing the global economy up to 100 trillion USD.

“Lower and middle income countries are going to have a particularly difficult time with antibiotic resistance going forward. The golden era of antimicrobial therapy was the 1940s to the 1980s and thereafter we have seen an increase in deaths because of communicable diseases as a result of antimicrobial resistance,” said Essack.

“Infectious diseases still remain the leading cause of death globally, particularly in lower and middle income countries, increasingly as a result of antibiotic resistance. This develops when bacteria no longer respond to the antibiotics that previously killed the bacteria and the infection,” she stated.

AMR is only the fourth health challenge after HIV and Aids, non-communicable diseases and Ebola, to be raised to the UN General Assembly. In September 2016, the Assembly signed a political declaration on AMR committing heads of state to address the challenge in their countries. AMR has also been placed on the political agendas of the G7, G20 and G77 countries as well on the Global Health Security Agenda.

South Africa was the first country in the World Health Organisation’s (WHO) African region to endorse its National Strategic Framework on AMRs which aims to enhance surveillance and reporting systems, ensure the appropriate use and stewardship of antibiotics and raise public education and awareness.

According to a study in The Lancet, South Africa was among countries – mainly BRICS nations (Brazil, Russia, India, China and South Africa) – that were largely responsible for the huge increase in antimicrobial use globally between 2000 and 2010.

Essack said the WHO had highlighted the causes of AMR as: over prescription; patients not completing courses of medicine; overuse in livestock and fish farming; poor infection control in hospitals; poor hygiene and sanitation in communities; and a lack of new antibiotic developments. There have been no new antibiotics developed in the past 20 to 30 years as the research is not as lucrative as developing chronic medication that would need to be consumed over a lifetime.

In addition, said Essack, patients who had infections went to hospital and became a source of infection to other patients and, similarly, antibiotics were given to food producing animals that developed drug resistance that was in turn passed down the food chain to humans.

“Infections caused by resistant bacteria are difficult to treat and there is increased risk of spreading the infection from one person to another in healthcare facilities. There is longer hospitalisation, longer duration of illness, higher mortality rates and increased costs of alternative treatments,” she said.

Essack stated that developing countries had not yet quantified the nature and extent of resistance which was seen as a ‘very silent disease’. “We sit with a situation with HIV and Aids as well as the poverty indicators in our country that engender large amounts of antibiotic use and therefore antibiotic resistance. The picture in agriculture is also quite serious.”

According to Essack, around two thirds of the 1.5 million kg of antibiotics sold in the country between 2002 and 2004 were used in animals and included WHO banned substances. She said the AMR framework required a review of the Medicines and Related Substances Control Act, particularly regarding who could prescribe antibiotics in different sectors.

“There is a move to decrease and perhaps eliminate the use of antimicrobials as growth promoters and also to start curbing the metaphylaxis and prophylaxis within the animal sector. Antimicrobials are used to prevent diseases in large flocks of poultry and large herds of cattle and pigs and if you are going to stop antimicrobial use you have to improve animal husbandry and biosecurity measures,” said Essack.

“We have to balance food security and the need for animal protein with food safety and the removal of antimicrobials in therapy. It can’t be done overnight because it will greatly affect the economics of the individual and country,” she said. International Pharmaceutical Federation Vice President (FIP) Andy Gray said a WHO study had revealed there was an 80% increase in per capita consumption of antibiotics in South Africa between 2000 and 2010. However, he said it was unclear what the figure was based on and if it was correct.

“It’s possible because if we go back to 2003, the last time we did a survey in the public sector, we showed that in some clinics in Johannesburg 70% of the patients who come to clinics leave with an antibiotic regardless of why they came to the clinic. We want that to be closer to 25%,” he said.

Gray said patients who did not take antibiotics unnecessarily saved financially, avoided side effects and did not contribute to increasing resistance. “There is an individual benefit as well as a societal benefit and the next time they are ill, antibiotics will work.”

Gray stated the highly toxic antibiotic Colistin, which is used in agriculture, had to be restricted and pointed out that the MRC1 plasma range of AMR bacteria discovered in China two years ago had been detected in Johannesburg.

“We are really getting to a position where we have untreatable infections again so the most extreme antibiotic, the one we keep as a last resort – it is so toxic we stopped using it in the 1950s – now has resistance to it,” concluded Gray.

Pharmacists’ errors in the spotlight
8 December 2016 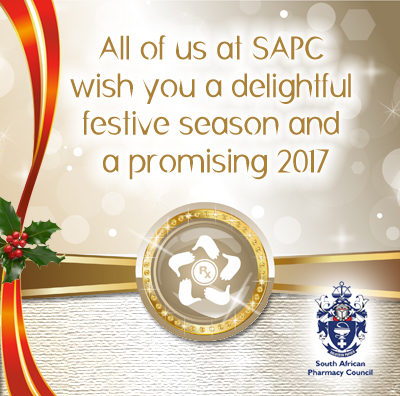 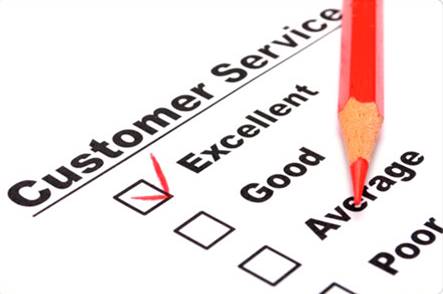 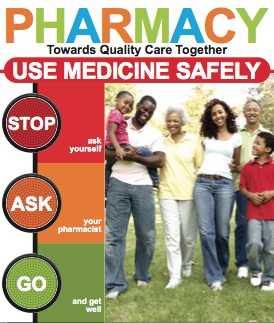 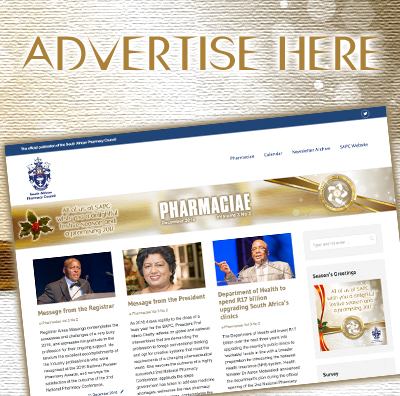