Pharmacy Week 2014 took place between 1 and 8 September and focused on the theme “Rational use of medicines and Antimicrobial Resistance (AMR)”.

The Pharmacy Week theme for 2014 recognised that uninformed consumers may inadvertently contribute to the rise in antibiotic resistance by demanding antibiotics when they are not, in fact, indicated, e.g. when a patient, or the patient’s parent, asks the doctor or nurse to prescribe an antibiotic for colds and flu.

Posters and flyers carrying this message were translated into eight official languages and were printed and distributed nationwide. Artwork was also available for downloading from the respective websites.

The promotional material was developed by the Council and its partners – the National Department of Health, Systems for Improved Access to Pharmaceuticals and Services (SIAPS) and the Pharmaceutical Society of South Africa (PSSA). The SAPC issued a press release on 1 September 2014, and the Vice President, Mr Douglas Defty, was available as spokesperson for media interviews.

The Office of the Registrar would like to thank members for the numerous Pharmacy Week participation reports showing pharmacy professionals reaching out to their communities, schools and patients. We take this opportunity to share some of these activities. 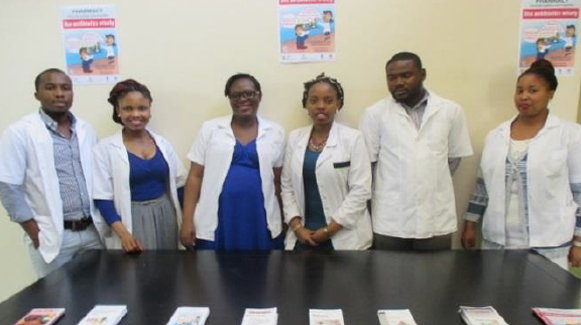 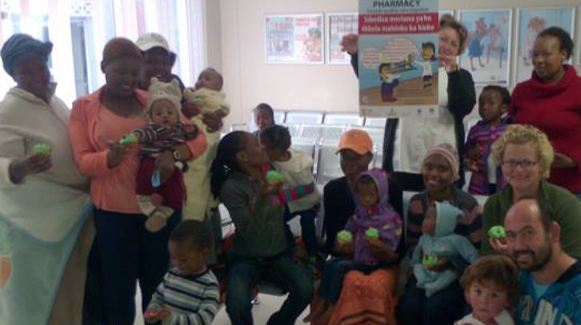 Rosa van der Walt, pharmacy manager of Boitumelo Hospital Pharmacy and her team of pharmacists and pharmacist’s assistants hand out cupcakes to the children and their parents. The team spoke to them about the importance of using antibiotics correctly. 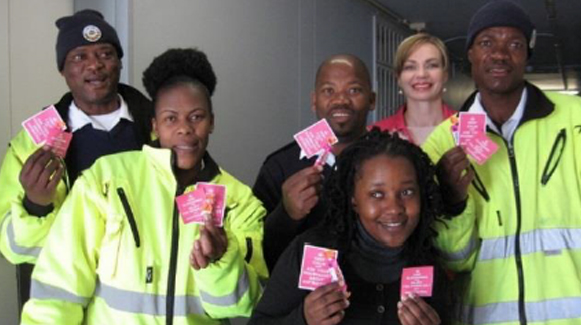 Caroline Kirstein, pharmacist at Phuthuloha District Hospital, with some of the EMS staff during an education and training session on the Pharmacy Week antimicrobial topic. 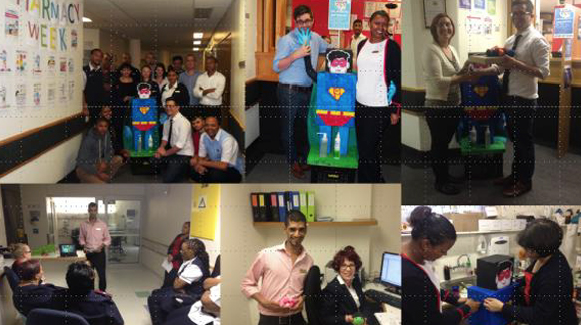 Daniel Matthew, pharmacy manager at Life Vincent Pallotti Hospital, says “the staff put in a tremendous effort in the weeks prior and during Pharmacy Week. An extra special thanks to Raydon Juta and Avril Schrikker who formulated the ideas behind our week.” 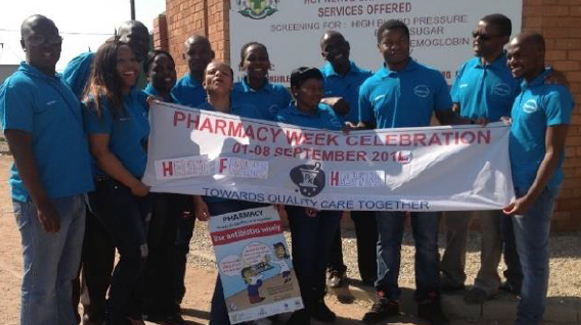 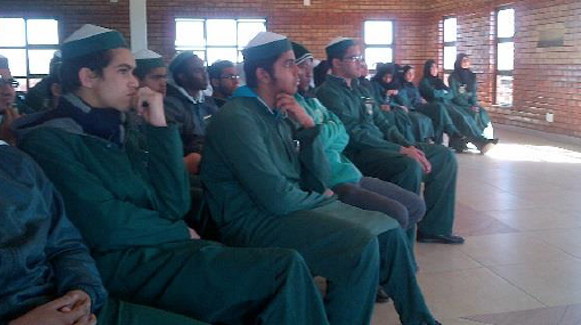 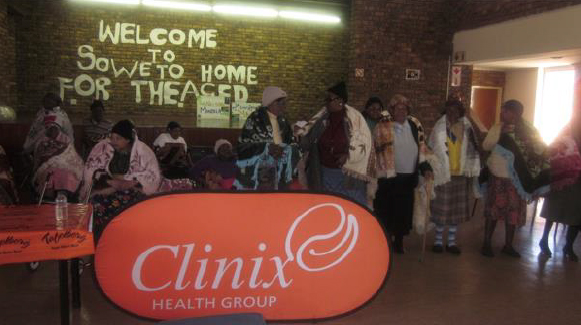 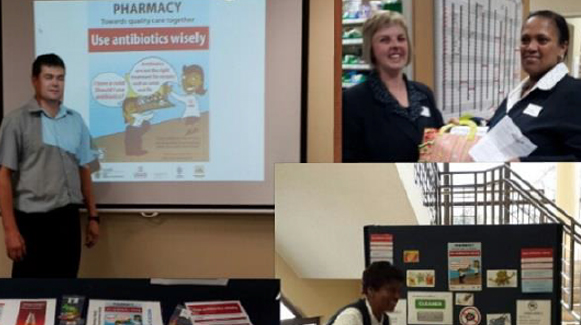 The staff of Palm View Pharmacy, Mediclinic George, took the USE ANTIBIOTICS WISELY theme seriously and held a variety of interactions and events during Pharmacy Week.

Message from the Registrar
11 December 2014

Message from the President
11 December 2014 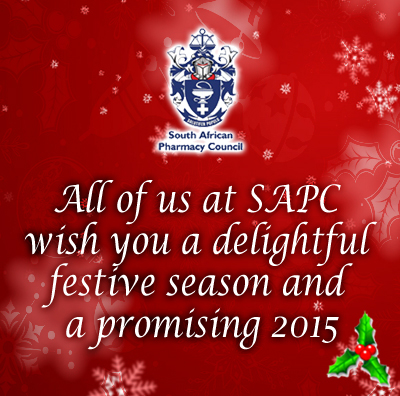 eVol1 No1 – Articles
Save the date 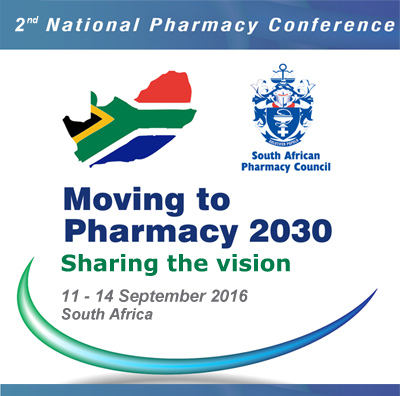 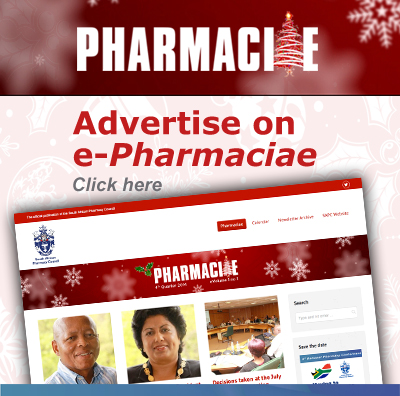